This is a continuation of The History of The Far Hills Race Meeting post…..

For the better part of a decade, the Mr. Local History Project has been digging and investigating the history of one of the greatest events in the Somerset Hills. For over 100 years, the Far Hills Race Meeting and the Hunt have been hunting and racing back to the late 1800’s. Every year in October the small town of Far Hills becomes the third largest city in New Jersey. If you attend the event, it’s fun to study the history as well.

From The Essex Hunt to America’s Largest Steeplechase

Working for Mr. Pfizer was Tommy Madden, who began as Pfizer’s coachman, and later was in charge of the stables along with his huntsman Willie Howard.

June 6, 1912 – Peapack and Gladstone set off from Bedminster Township and incorporates as an independent twin borough.

February 10, 1913 – At the offices of Moore & Schley in NYC the Essex Fox Hounds committee meets, where Freddie Bull (owned Greenacres Estate in Bedminster-Turpin) is unanimously elected President. The new Hunt Club is separated from the Essex Hunt Club and the Essex Fox Hounds is created. They sign a three year lease for Pfizer Jr’s 128 acre “John S. Miller farm” at Peapack and the old Miller house is remodeled as the new clubhouse. While this picture shows an actual hunt in 1916, the building in the background is “The Club House”. Each trustee pays $100 to join the Board.

October 24, 1914 – The Farmers Day Race is held for the first time, Saturday, 2pm, October 23, 1914, under the sanction of The Hunts Committee of The National Steeplechase and Hunt Association. Sponsored by the Essex Fox Hounds at “The Club House”, Peapack, NJ .

The course was set from the crest of a hill, on Dr. Henry Lance’s farm, thru Frederick Bull’s farm, Mrs. George Messervy, and the land leased by the Essex Fox Hounds. After a glorious dinner served outside the Clubhouse at approximately noon, over 200 farmers and guests climbed the hillside to view the event. The main race was the Whippany Challenge Cup, transferred from the Whippany River Club, in Morristown to the custody of the Essex Fox Hounds until some owner wins it three consecutive times. Prize money was set at $150 and registration was limited to bona-fide hunters owned by members of the Essex Fox Hounds or Essex Hunt. The course was over approximately 3 1/2 miles and contained 30 fences. Five horses started the event. The race was won by Shelton E. Martin’s Miss Meadows over Nina by a short neck, depriving Charles Pfizer outright ownership of the cup (he had two wins previous on record).

The race was set for horses who are the property of and ridden by members of recognized hunt clubs, or members of the U.S. Army. The race was easily won by Arthur Fowler (jockey was Mr. George Gilder) on Oxygen. In addition to this trophy, the President of the Essex Fox Hounds, (Freddie Bull) presented a challenge cup which becomes the property of the owner winning the cup three times. The course was over 4 miles of fair hunting country. Of the six entries, four went on to the post. Oxygen led for virtually the entire distance and eventually won by over thirty lengths. (NY Times -Oct. 24, 1915)

The event came to be known as the Essex Fox Hounds Race Meeting – a two-day event patterned after the English agricultural shows of the time. (McGraw email). Photo – Turpin Book

1918 – Federal progressive income tax and the inheritance tax enacted. This was one of the biggest blows to the Landed Gentry of The Somerset Hills.

1924 – Bernardsville splits from Bernards Township and becomes it’s own town.

The New Jersey Hunt Cup, unlike the Breeder’s Cup race, is “the premiere” horse race in America . Starting in 1915, it is the oldest horse racing event in American steeplechase racing. 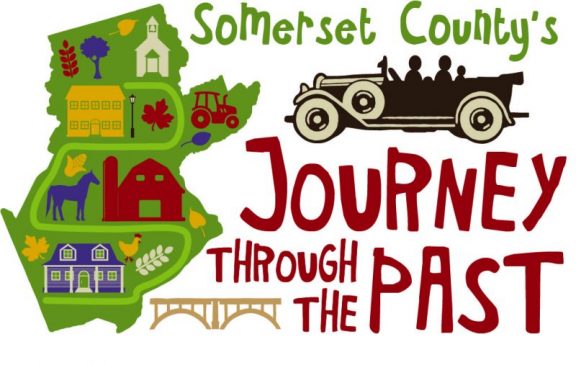 SPLASHDOWN PARTY - TONIGHT 6PM #iNSPIRATION4. All you have to do to join is DONATE to St. Jude Children's hospital 🙂 https://t.co/sAwJC1bInf https://t.co/KYVlUQwBih
View on Twitter

Go check out mrlocalhistory's fundraiser for St. Jude and #Inspiration4 on @Tiltify | https://t.co/fgnt68DeBg
View on Twitter
0
0