The history of Basking Ridge (Bernards Township) sometimes comes in unique ways. While researching the internet for another story we came across this auction selling an original score book from the Bernards Baseball Club. Today, there are a large number of men who love to play club ball. While mostly softball, there is a core group of club based ball players across New Jersey.

Formed in 1867, while the Bernards Baseball Club is an interesting story, it’s all the letters, signatures and additional tidbits that came with the piece that let us take a look back at the history of the game, the men, and the icons of the time. Let’s take a look back.

Robert Edward Auctions has handled many unique baseball treasures dating from the baseball’s earliest days, and this is certainly one of the most fascinating and unique. This 1867 Bernards Base Ball Club of Basking Ridge, New Jersey, score book is a very important and interesting early rarity on many counts, but holds a special significance, both due to its connection to the rich history of baseball in New Jersey (a hotbed of baseball activity in the 1850s and 1860s), and the fact that by chance its place of origin is literally just minutes away from the auctioneers New Jersey office.

It is very rare for such a substantial relic related to such an early specific organized team to survive the ages. This is the second-oldest baseball score book we have ever offered (the other was a Peck’s New Pocket Base Ball Score Book , copyrighted in 1866). The team’s official score book in many ways is the heart and soul of a club, the ultimate record of its activity. We cannot imagine a more important surviving item to represent the long-forgotten Bernards Base Ball Club.

“This is an extremely important artifact documenting the earliest days of baseball in New Jersey and the rise of our national pastime prior to professionalism in the sport. “

The hardbound score book, with leather-trimmed spine, features the team name and town gilt-stamped on the cover: “Bernards Base Ball Club – Basking Ridge – New Jersey.” The title page, which includes both pre-printed and handwritten notations. The book was manufactured and sold by Wilbur & Hastings, Stationers – 40 Fulton St. N.Y.” Organized June 4-1867 , the book records six games played by the Bernards Base Ball Club in 1867 and one in 1868. Additionally, the last few pages of the book record the statistics of two of Bernards’ opponents for games dated July 4, 1867 (Oscola) and June 18, 1875 (Red Stockers).

Many years later the book was used to score fifteen games of the Woodglen Base Ball Club (New Jersey) played between the years 1902 and 1908. The original owner of the score book, Paul Cowell, was a member of the Woodglen team and his name appears in the lineup for one of the 1903 games. There are a few scored games in the book where neither the names of the teams nor the dates are listed.

The age of the book is immediately apparent by some of the language used therein, most notably the term of “Striker,” as opposed to “Batter” or “Player” in the first heading on each sheet. The Bernards team must have been a local powerhouse given the numbers compiled here. The club, which won all of the games recorded, never scored fewer than 39 runs and on three occasions scored over 70 runs.

Accompanying the book are additional documents and newspaper clippings, all dating prior to 1957, that reference the offered , including a letter from the president of the Tri-County Baseball League from 1956. Formed in 1953, The Tri-County League still exists today. Tri-County teams compete each summer for the league’s signature trophy, the Harry Carter Memorial Cup.

The game of baseball has a long and rich history in New Jersey. Just twenty-one years prior (1846) to this book’s use, the first organized baseball game was played at the Elysian Fields, in Hoboken, New Jersey, located only thirty miles due east of Basking Ridge.

The Woodglen team started to use the book for its own games about 1900 and Paul’s name is listed in one of the 1903 contests. Cowell proudly pointed to three autographs appearing in this ancient score book. A glance revealed they were the names of Jimmie Foxx, Frankie Hayes, and Charlie Berry. ‘That helps to make the book even more valuable,’ explained the proud owner.”

One of the most fascinating things about this book, as documented by the letters and articles that accompany it, is the fact that all through the years its great historical significance was recognized in the community, and the book was often showcased at various baseball-related events in the state. At one of those events, a banquet given by the Tri-County Baseball League on October 19, 1938, the book obtained a most distinguished feature: an exemplary Jimmie Foxx black fountain-pen signature on the interior cover.

The signature, which is exceptionally large, measures over five inches in length and grades “9” overall (downgraded only because of a slight ink smudge to the “O” in “Foxx”). Foxx was a guest of honor at the dinner, as were Philadelphia A’s teammates Frank Hayes and Charlie Berry (both of whom were New Jersey natives), and the book’s owner at the time (Paul Cowell of Woodglen, New Jersey) thought it appropriate that each player sign it in black fountain pen. The signatures of Hayes and Berry appear below Foxx’s and grade “9.” Ideally, the signing of the book by Foxx, Hayes, and Berry is documented in a vintage newspaper clipping affixed to the interior front cover.

An old newspaper clipping dated 9/25/47, which is affixed to one of the interior pages, makes note of the book’s rich history and reads in part “One of the prized possessions of Paul Cowell, proprietor of the general store at Woodglen, is a baseball score book of the Bernard’s Club of Basking Ridge. It was first used on June 4, 1867 and, without a doubt, is one of the oldest of its kind in this entire vicinity. . . .

Years later, in 1956, at another Tri-County Baseball League Banquet at which the book was displayed, the interior front cover was signed in blue ink (grading “10”) by former Yankees star Gil McDougald. A fifth blue-ink signature, of an individual named Frank Schott (not a former Major Leaguer, possibly a local player), also appears on the interior cover.

The book (10.5 x 8 inches), which contains enough pages to record 136 games, is heavily worn, including numerous abrasions and areas of surface paper loss to both the front and back covers. The spine is nearly separated, and a number of the interior pages are now loose; however, all of the original pages are present and accounted for. The interior pages, mainly those recording games, display minor edge tears, as well as light soiling and/or toning. Good condition overall.

A special Thank You to the Robert Edward Auction company for posting this original story back in 2013. They didn’t have to go so deep in the descriptions, but we’re so glad they did. It shines a light on the history of Bernards Township and the Mr. Local History Project is grateful.

If anyone has additional information on the history of this team, the league, or the players, please post a comment below. If you’re a resident or a fan, keep digging and post what you find.

Should the Mr. Local History Project consider setting up a campaign to buy the book and donate it to the Basking Ridge Little League or a local baseball organization? Post your thoughts.

mrlocalhistory This Memorial Day, get an Annin Flag. Read why!!! Available even at Wal Mart and Home Depot and almost everywhere else. https://t.co/XkDeCLuEqd https://t.co/qdPt6WAD60
View on Twitter 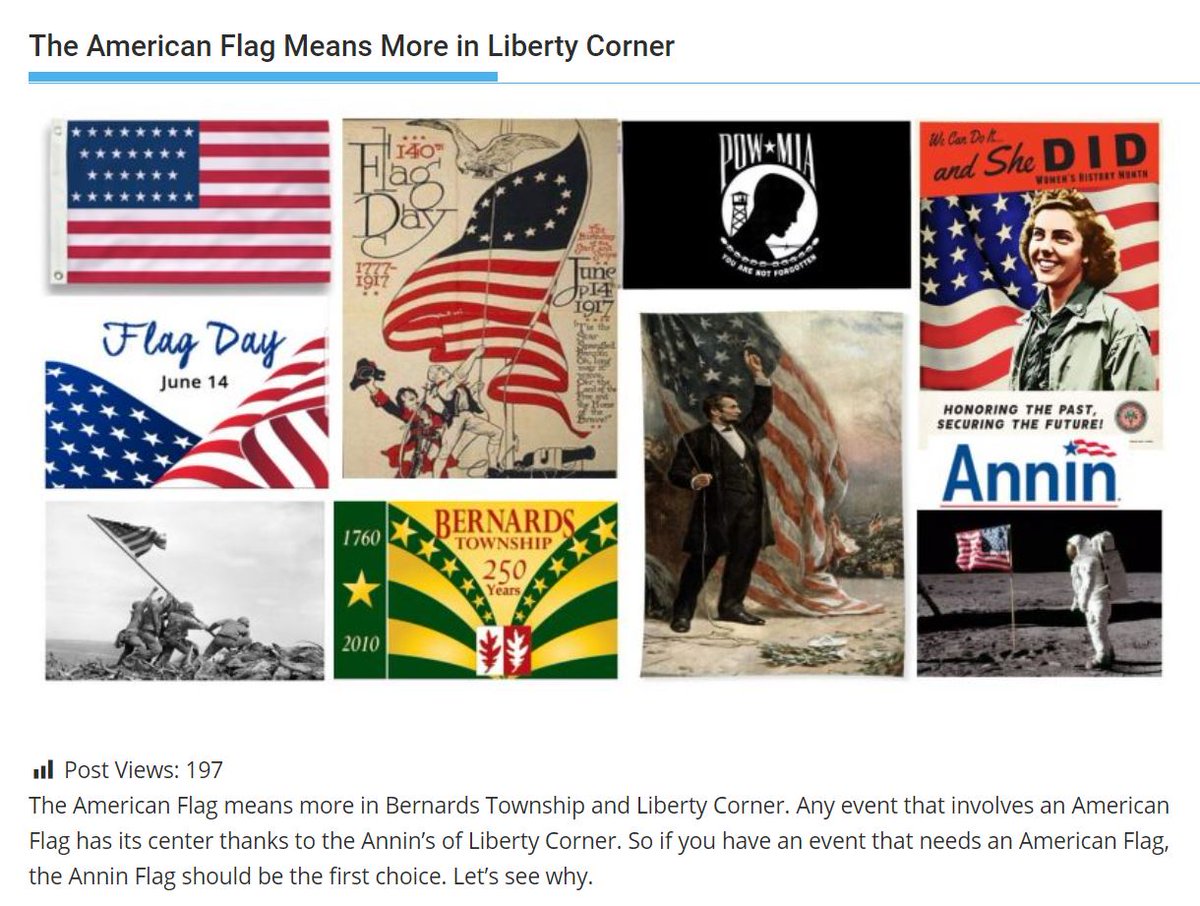 #franklincorners historic district in Bernards Township. Did you know it was the "Williamsburg of New Jersey" that in 1938 had over 100,000 visitors? True https://t.co/W3g9cWM0Hx https://t.co/si8QDDS9DH
View on Twitter 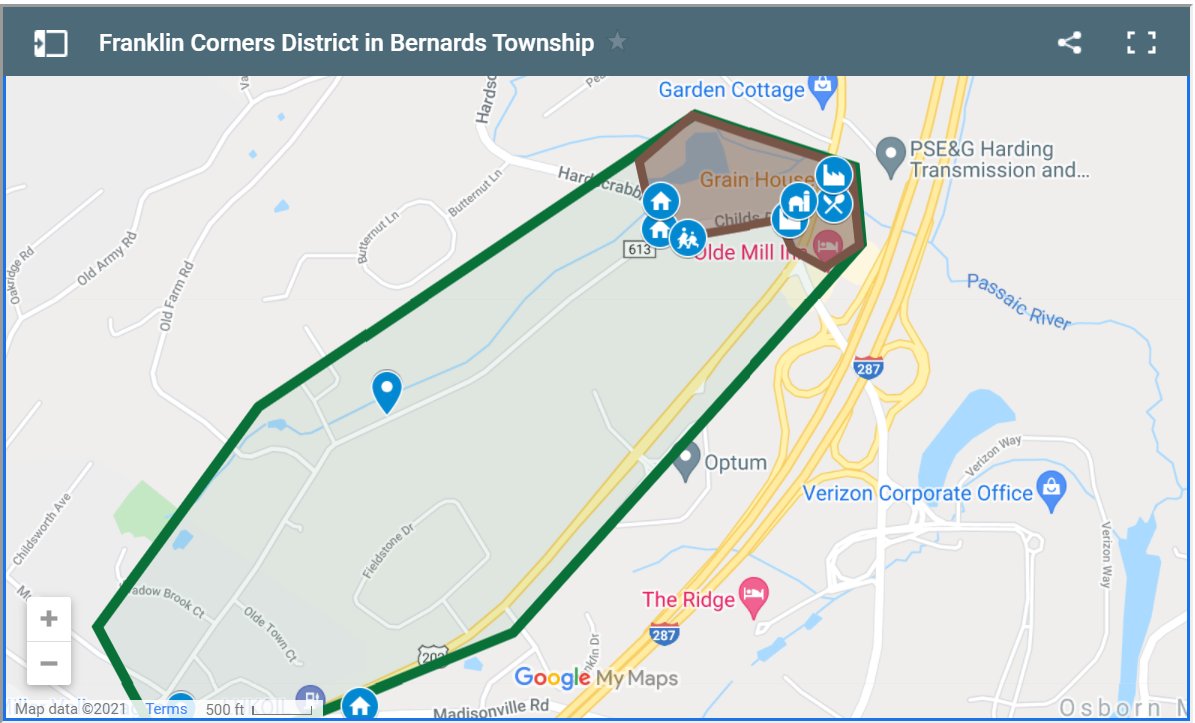 Here's your chance to get a piece of art painted on wood to celebrate the centennial of the Far Hills Race Meeting in 2021. The biggest sporting event in Somerset County will be running for the 100th time. Exclusively available online now.

Do you know who Harry Dunham was and why a park in Basking Ridge was named in his honor? Check it out. https://t.co/JvXjA8ZnxN #njparks #somersetcountnj https://t.co/5hck8aLEdh
View on Twitter 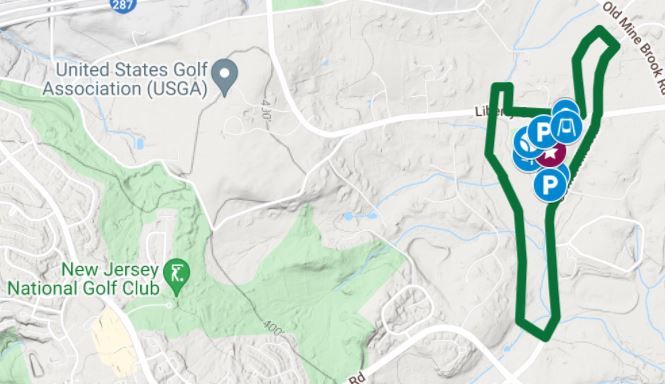 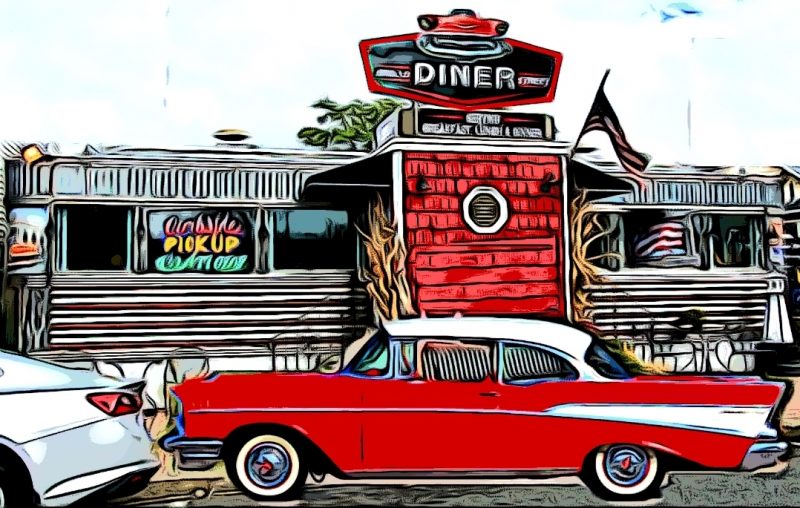